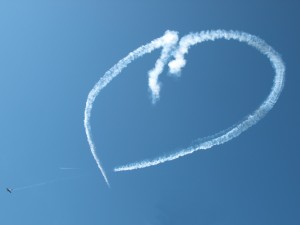 This post compliments Den’s post regarding EASA pilot licensing, and the article in the current S&G on LAPL medicals. As I think most of you know, I am a GP and medical examiner for the CAA and have done a number of LAPL pilot medicals – and been the subject of one myself. I have come across a particular problem for pilots with a history of heart disease.

Under the forthcoming EASA changes to pilot licensing, glider pilots will have to hold a medical certificate and licence from April 2015. The medical can be a full class 2 medical, as currently held by holders of a full private pilot’s licence for power planes, or the new LAPL (leisure aircraft pilot’s licence) medical. The LAPL medical is essentially a replacement for the existing medical self declaration system under which we currently operate. The rules are available on line here at  the CAA (click on highlighted “Acceptable Means of Compliance” and scroll down to LAPL requirements, page 42 on). Broadly, they are similar to the DVLA regulations which apply at present but there is one area which gives me cause for concern: pilots with a history of coronary heart disease, ie previous heart attack, angina or stenting.

At present, the DVLA based rules allow solo flight with a medical history of coronary disease unless the pilot has disabling angina, and flight with passengers if he/she can satisfy the regulations for vocational drivers (buses and heavy lorries). I had hoped that similar levels of risk could be applied under the LAPL rules, but I have spoken to the CAA medical people, and they will expect the new rules to be applied as written. This means that anyone with previous coronary heart disease will have to have a satisfactory assessment by a cardiologist with a treadmill ecg or equivalent test at every LAPL medical (so every two years over 40) whether flying solo or with passengers. The assessment is the same as for HGV drivers who have had heart disease and our local cardiologist charges £250 for the exercise ecg and report which will be additional to the LAPL medical fee. 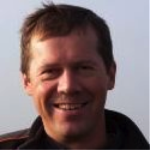 Obviously, this is an unwelcome extra cost (thanks Europe). You will wonder if there are any ways to avoid it and continue flying: there are two I can see. Firstly, people affected could elect to only fly as P2 with a safety pilot as P1. Two seat flying can be fun, and I personally enjoy flying with others as I’m always interested to see what they do, but it would be restrictive. Secondly, the above rules and regulations only apply to EASA aircraft, and not to older so called “annex 2” aircraft or microlights. In the gliding world there aren’t many annex 2 aircraft unfortunately – the Olympia and Skylark spring to mind. If you only fly annex 2 aircraft you can continue as we are at present, with a self declaration system and no licence.

It would be useful if the club had some idea how many members will be affected by this change in rules, to see if there is anything that could be done to ameliorate the situation. I am aware of a few pilots who have a history of heart disease, but if anyone who thinks they may be affected could approach me in confidence, perhaps via email, and I can then inform the committee. This will of course be done in confidence – no names or details will be released, just an indication of the numbers involved.