In this packed winter edition of On Circuit!

On Circuit asked Club Member and Pilot Colin Downes about how he makes and repairs the winch cable parachutes.

OC       Colin, how did you get into making the parachutes for the winch cable?

CD       When the club used to get the parachutes repaired it used to cost £25 per repair and over several years the costs mount up for the club.  The club used to have to send them off to a sail maker for repair.  I thought I had the skills to do it for the club and save the club a lot of money so I offered to do the repairs if the club bought a suitable electric sewing machine.  For brand new parachutes it used to cost £800 for a box of five.  You can imagine it was costing a lot.

OC       So the club bought a machine for you to use for the repairs? 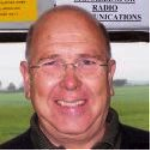 CD       I sourced the right kind of machine but the club paid for it.  It was originally in the workshop but I had to get it moved as the dust from the grinding wheel got inside the motor and other parts of the sewing machine and messed it up.  I had to take it for repair and the fellow said to me that he’d never seen anything like it.

CD       Oh, it was a while ago now – it was before we had the retrieve winch.  I used to make the ‘chutes for that too.  Then we went on to Dyneema from steel and I had to experiment with the size of the ‘chutes, altering the design.  As Dyneema is so much lighter you don’t need such a large size of ‘chute as you do with steel.  It’s also to do with the extra spring in the steel too.  The ‘chutes I make now last a lot longer than when we had steel.  We’ve got some even cheaper material now to make them out of which Graham Wright sourced so it’s costing the club next to nothing.

OC       Have you been approached by other clubs?

CD       Other clubs have asked me but I’d rather not spend too much time on this as I want to be flying.  I built up a stock for our club by working solidly on it and then that meant I didn’t always have to come back and make more all the time.  I’ve started on making the wind socks too which also saves the club quite a bit of money.

OC       So where did you get the skills for this sort of work then Colin? 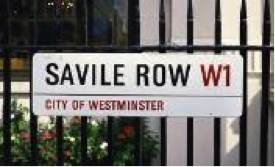 CD       Originally I trained as a tailor in Saville Row but that was a long time ago.  That’s how I got the skills.  My fingers are like a bunch of bananas now but I’m ok for doing machining.

OC       So how do you know when the ‘chutes are working well or when to alter the design?

CD       I get feedback from the winch drivers. Sometimes it can be quite funny though.  I was at the launch point one day helping to launch gliders and the ‘chute had got a bit tangled up so I was sorting it out.  One of the club members came over and told me I had got it inside out.  I told him he was wrong and that I was turning it the right way out and he got really bossy and told me I was doing it all wrong and that I ought to listen to him as he knew what he was talking about.  I enjoyed telling him he didn’t know f… all and that as I had made it I probably know which way they go! 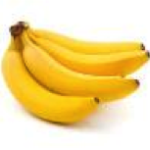 OC       It must be quite a difficult and dirty job when you have to repair the ‘chutes and it’s been covered in mud?

CD       It is really dirty sometimes but the worst was when they used to spray chicken manure on the field and the cable and ‘chute were winched in over that lot … I’d get covered in it!  Then we had a non-flying member, Frank Fear, nice old boy, used to help by cleaning them off for me so that it wasn’t such a mucky job.  Now I do the weak links too.In fact I’m responsible for everything between the end of the Dyneema to the glider.  When I took on the weak links too that was when I came off of the winch rota.